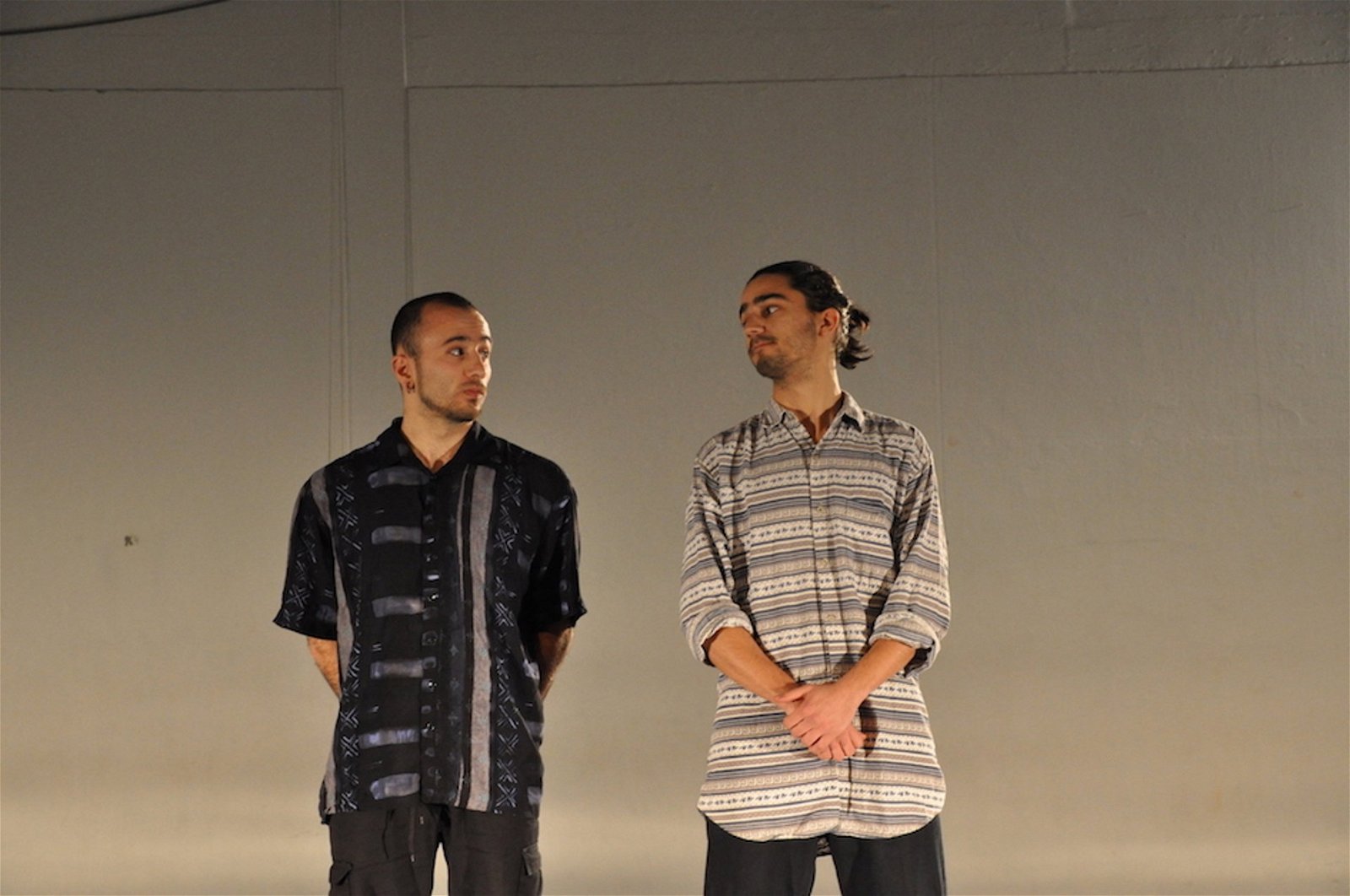 Afonso Cunha began his journey as a dancer with breakdance in 2006. In 2015, he completed his training in Contemporary Dance at Balleteatro.  In the same year, he collaborated with Né Barros in the piece "Lastro" and did an internship with Victor Hugo Pontes in the piece "Se alguma quiseres a minha vida, vem e toma-a”. In 2016, he headed to Salzburg, where he studied for four years at the SEAD school (Salzburg Experimental Academy of Dance).

Born in Bologna, Italy, Giovanni Zoffoli started dancing hiphop and house dance at a very young age. In 2016, he graduated in Nursing at the University of Bologna. In the same year, he began his professional dance training at SEAD (Salzburg Experimental Academy of Dance). Back in Italy, he works as a geriatric nurse, organises workshops and teaches regular classes in "TABO-Movimento", a movement methodology that he developed himself.