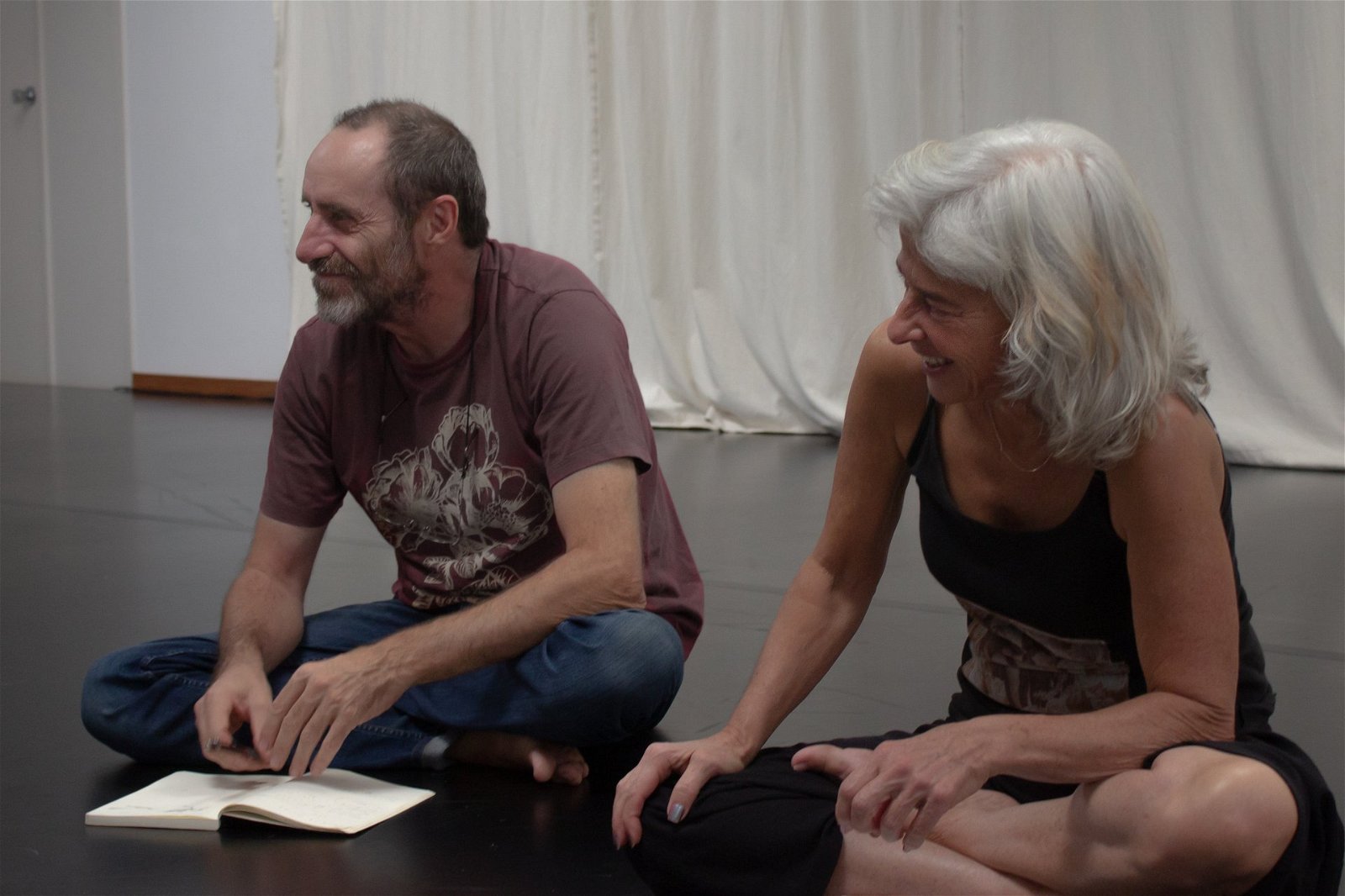 Clara Andermatt started her dance training with her mother, Luna Andermatt. She graduated from the London Studio Centre and the Royal Academy of Dance, in London. She joined the Lisbon Dance Company, directed by Rui Horta, and Companhia Metros, in Barcelona, directed by Ramón Oller. In 1991, she returned to Lisbon for good and created her own company, having produced roughly 60 pieces, which have been presented in Portugal and abroad. In 1994, she starts a close relation with Cape Verde that results in several pieces, education activities and works with local artists—a complicit and enduring relation that is still alive.

João Lucas is a pianist, composer and researcher who graduated in piano at the Lisbon National Conservatory. He worked with some of the most important contemporary theatre and dance creators in Portugal, having participated in over 60 pieces as a composer, many of which awarded both at home and abroad. Having settled in Brasília in 2010, he has a master’s degree in arts from the University of Brasília and is currently pursuing a doctorate at the same university. He has been working with Clara Andermatt since 1993.