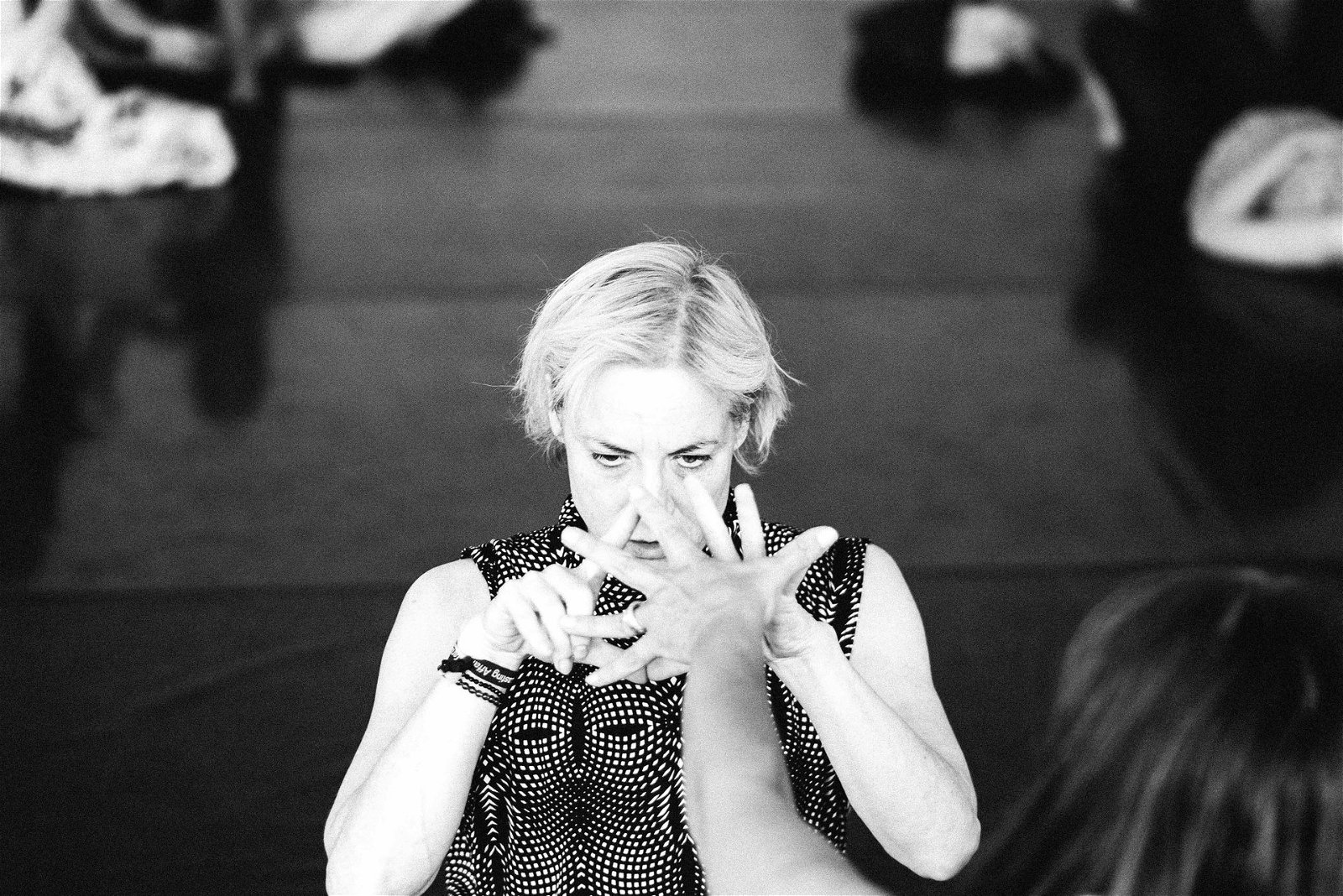 Meg Stuart is a choreographer, director and dancer who lives and works in Berlin and Brussels. With her company, Damaged Goods, founded in 1994, she has created over thirty productions, ranging from solos and duets such as BLESSED (2007) to large-scale choreographies such as VIOLET (2011), video works, site-specific creations like PROJECTING [SPACE[ (2017-2019), and improvisation projects such as CITY LIGHTS (2016). Stuart’s work moves freely between the genres of dance, theatre and visual arts, driven by an ongoing dialogue with artists from different disciplines. She received several awards in recognition of her oeuvre, among which the Golden Lion for Lifetime Achievement at the Venice Biennale in 2018.