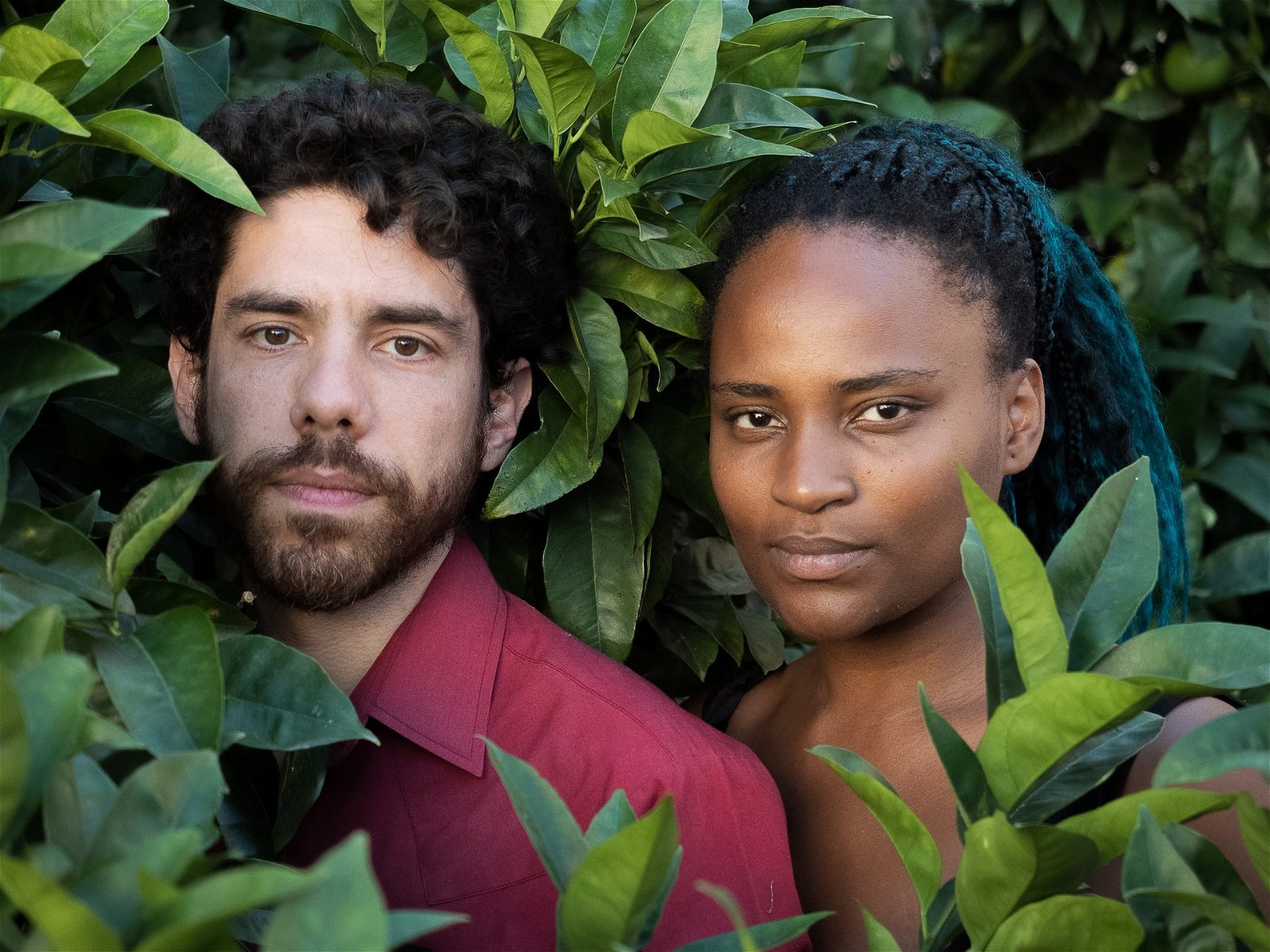 Luca Argel is a singer-songwriter from Rio de Janeiro, resident in Portugal since 2012. He has a degree in music from UNIRIO and a master's in literature from the University of Porto, and has been working as a vocalist and composer of songs and soundtracks for ballet and cinema, as well as signing radio programmes focused on Brazilian music. He has books of poetry published in Brazil, Spain and Portugal, one of which was a semi-finalist for the Oceans Prize 2017. He has four albums released, the last of which, Samba de Guerrilha, was considered one of the outstanding Portuguese albums of 2021.

Nádia Yracema began her training at TEUC (Teatro de Estudantes da Universidade de Coimbra) and completed it at ESTC (Escola Superior de Teatro e Cinema). In addition to acting as a theatre actress, she is part of bodies that promote collaborative work in cinema, theatre and performance, as well as the anti-racist struggle, such as the UNA (União Negra das Artes). In 2018 she is one of the chosen ones to integrate the international theatre project École de Maîtres. In 2019 she wins, together with Cleo Diára and Isabél Zuaa, the 2nd edition of the Amélia Rey Colaço scholarship, with the project AURORA NEGRA.

António Jorge Gonçalves graduated in Graphic Design from the Escola Superior de Belas-Artes de Lisboa (1989) and completed his master’s in Theatre Design at the Slade School of Fine Art in London (1999) where he received a scholarship from the Calouste Gulbenkian Foundation. He has taught at IADE, RESTART and at the Universidade Nova de Lisboa. His work includes drawing, photography, music and public art. Narration through images is his favourite territory: since 1978 he has published comics in newspapers, magazines and fanzines in Portugal, Spain, France and Italy.